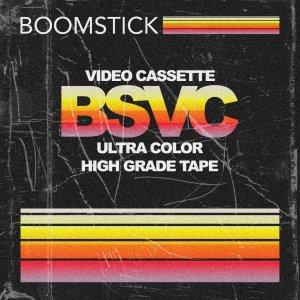 Mike takes a trip to a cabin in the woods all by his lonesome to review Sam Raimi’s original The Evil Dead.

Synopsis Five friends travel to a cabin in the woods, where they unknowingly release flesh-possessing demons.

A special place for Nostalgic cinema browsing has finally arrived for the fine folks of Kokomo, Indiana. Boomstick Video is a retro video store owned and operated by Mike Kostrewa. Visit the site at https://boomstick.video for more episodes and links to the Boomstick Video eBay store.

Christmastime is here and we wouldn’t leave you hanging! BSVCers David, Dave, Zach, and Mo join Mike in an unedited, 2-hour conversation on Christmas flicks! It’s a little different format, since we’re discussing a lot of different things, but we think you’ll enjoy this. What are some of your favorite Christmas movies and memories? We’d love to hear them, so be sure to follow us on social!

A special place for Nostalgic cinema browsing has finally arrived for the fine folks of Kokomo, Indiana. Boomstick Video is a retro video store owned and operated by Mike Kostrewa. Visit the site at https://boomstick.video for more episodes and links to the Boomstick Video eBay store.

Boomstick Video Club theme song creator, Steve Arthur, joins Mike and Uncle Nick to chat about one of their favorite horror anthologies, Tales from the Hood. Plot Synopsis When his parents have to go

Mike is joined by Zach to discuss the crazy B-movieness that is Psycho Goreman! Plot Synopsis Siblings Mimi and Luke unwittingly resurrect an ancient alien overlord who was entombed on Earth millions of years ago after a failed attempt to destroy the u...

Catching Up with Uncle Nick

Mike sits down with Uncle Nick Weed for an impromptu, information conversation. It’s a good way for you all to get to know both of them, as well as plans for the Boomstick Video brand.

Mike goes solo after getting inspiration from some nostalgic commercials and reviews Men In Black, starring Tommy Lee Jones and Will Smith from 1997! He even digs into some of its history that you may not know!

Mike and Moriah review one of our generation’s greatest Christmas classics. “The best Christmas movie ever… after The Santa Clause,” as Moriah refers to it. How many times have you watched Home Alone? What are your favorite moments from Kevin’s home de...

After a brief introduction during First Friday, Mike, Uncle Nick, Zach, and Mo celebrate the season by talking to some folks on the street about their favorite scary movies. Mike also recapped some of his favorite memories and the haunted attraction,

It’s time for a Kubrick classic as Mike, Zach, David, and Dave get together to talk about The Shining. Plot Synopsis: A family heads to an isolated hotel for the winter where a sinister presence influences the father into violence,

What?! A review of a classic TV sitcom from the 1990’s?! Well, yeah! We’re all about nostalgia here at Boomstick Video! Do you have a favorite episode of Family Matters or any other sitcom? We’d love to know so we can talk about it in a future episode!...

Mike is joined by Boomstick Video Clubbers David Hunt and Zach Belt to review the Richard Donner/Chris Columbus/Steven Spielberg classic. Plot Synopsis: A group of young misfits called The Goonies discover an ancient map and set out on an adventure to ...

Mike goes at it alone to cover the mother of all slasher films, Friday the 13th from 1980. Plot Synopsis: A group of camp counselors are stalked and murdered by an unknown assailant while trying to reopen a summer camp where, years before,

Mike is joined by his fiance, Moriah, to review the 1993 family comedy, The Sandlot. Plot Synopsis: In the summer of 1962, a new kid in town is taken under the wing of a young baseball prodigy and his rowdy team, resulting in many adventures.

Mike is joined by Zach Belt, David Hunt, and Dave Clements to review the 1984 tech-noir and slasher flick, The Terminator. Plot Synopsis In 1984, a human soldier is tasked to stop an indestructible cyborg killing machine, both sent from 2029,

Mike Kostrewa, owner of the upcoming Boomstick Video Store, and “Uncle Nick” Weed, reminisce about one of their favorite movies (and franchises), Ernest Scared Stupid, in the debut episode of what is The Boomstick Video Club podcast.